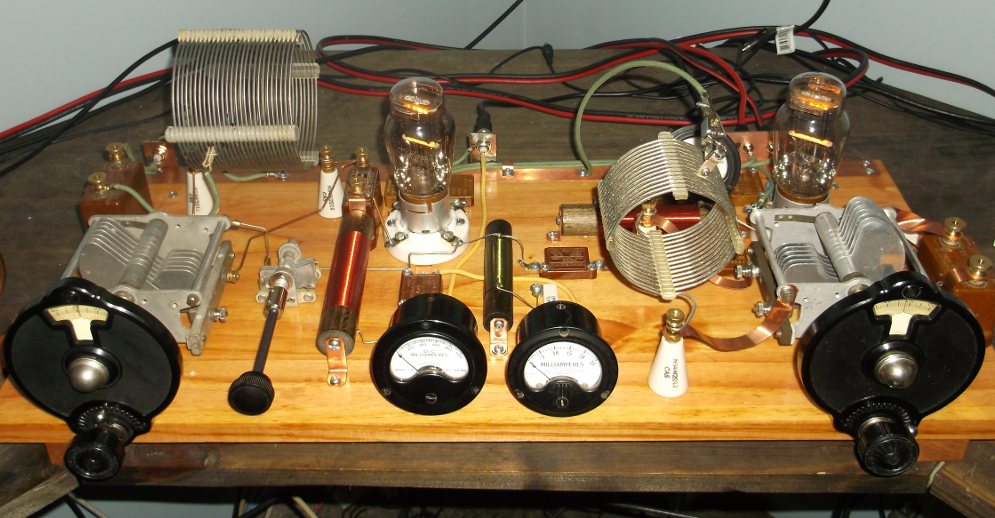 With adequate excitation from the oscillator, the 10K amplifier grid-leak develops enough voltage drop (12mA current = -120 V) to put the amplifier into Class-C operation.  Overall efficiency is on the order of 55-60%.  A period National vernier is used for tuning reduction on the oscillator tuning capacitor. 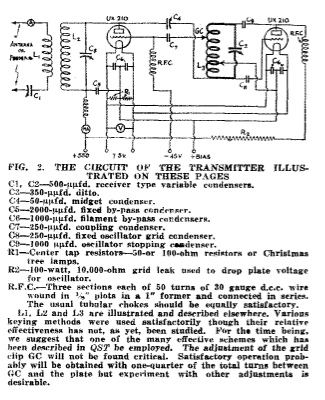 The following table shows the measured power input and output, amplifier plate voltage and current, and amplifier efficiency with different ground and antenna taps on the amplifier’s plate tank coil (57uH).  All tap positions are referenced from the end of the coil opposite the tube plate connection.

With this particular tank coil, efficiencies are best with 2 turns between the ground and antenna taps (reflecting the best “50 ohm” position on the coil with reference to the ground tap and plate impedance).  However, with the 6-9 (ground/antenna) tap combination, a respectable efficiency of 52.8% with an output power of 23 W is achieved.

Currently, the actual ground tap is set at the 6 turn position, with the antenna tap adjusted to either the 8th or 9th turn depending upon how much power input/output is desired.