There is numerous literature in old QSTs on the construction, use and care of these type of rectifiers:

I chose to use a solution of distilled water and Sodium Bi-carbonate (Baking Soda), which works just as well as the more popularly referenced Sodium Borate (Borax).  A 385-0-385 volt Thordarson power transformer was used during initial testing, each side of the high voltage winding connects to a bank of eight (8) jars, C.T. (center tap) “grounded”.  No smoothing filter has been setup yet, but the output of the rectifier bank shows 400VDC on the voltmeter.  Once a suitable permanent setup is built for the transformer and filtering components (Stancor swinging choke and 20uF oil capacitors), this rectifier will be part of a B+ supply for several of my 1920s reproduction rigs. 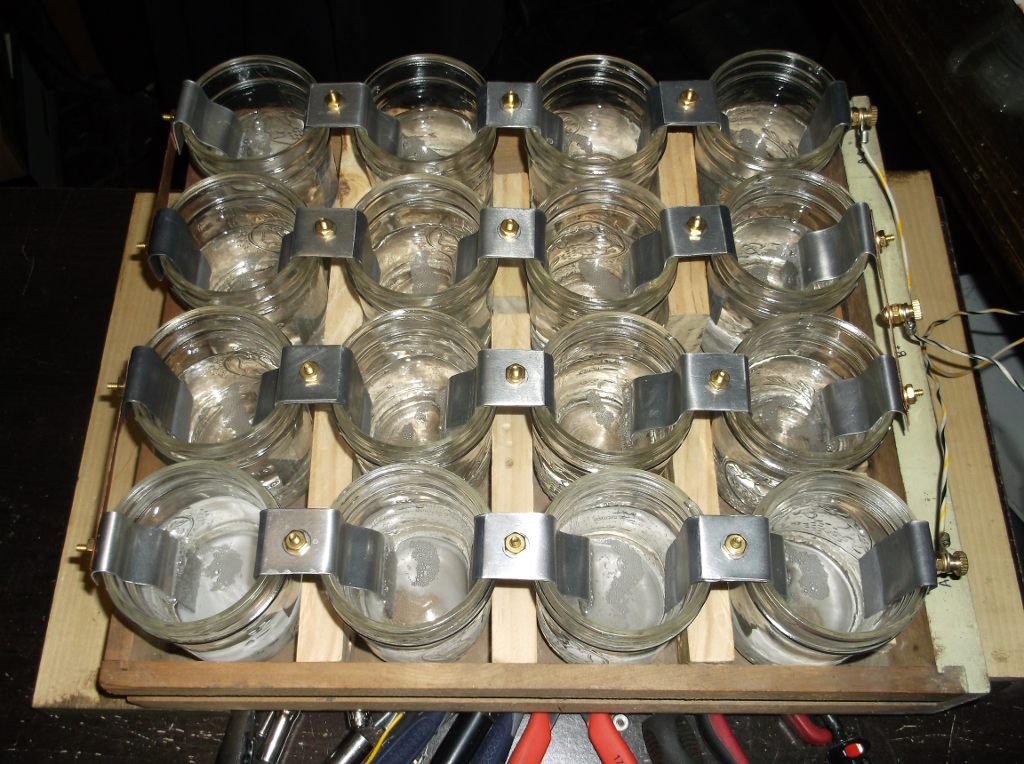