We had a lot of fun putting up another 1930s style station this year for Field Day 2017.  The station was 100% homebrew, with the transmitter and receiver being based on articles in the August and May editions of QST respectively.   The link coupled tuner was based on the 1936 ARRL Handbook.  The power supplies were based on standard designs from that era as well, using 866s in the amplifier supply and 83s in the buffer and oscillator supplies.  The bias supply used a type 80 rectifier and a 874 regulator (late 20s tube) for -90V bias. END_OF_DOCUMENT_TOKEN_TO_BE_REPLACED

At the Breezeshooters Hamfest in Butler, PA, I setup a 1930s style station for an on-air demonstration.  We made a few contacts on 40M CW, as far as NC.  The transmitter was only producing about 30W output (work in progress).  There were also some issues with the receiver which were brought on by the trip to the Hamfest.  It was “rattled” out of alignment, causing one of the IF tubes to oscillate (manifesting as a loud squealing when the gain control was high enough) and developed an intermittent “raspiness” (later found to be a bad BFO tube).  Overall, it was a fun time and nice to see old friends and meet many new friends. 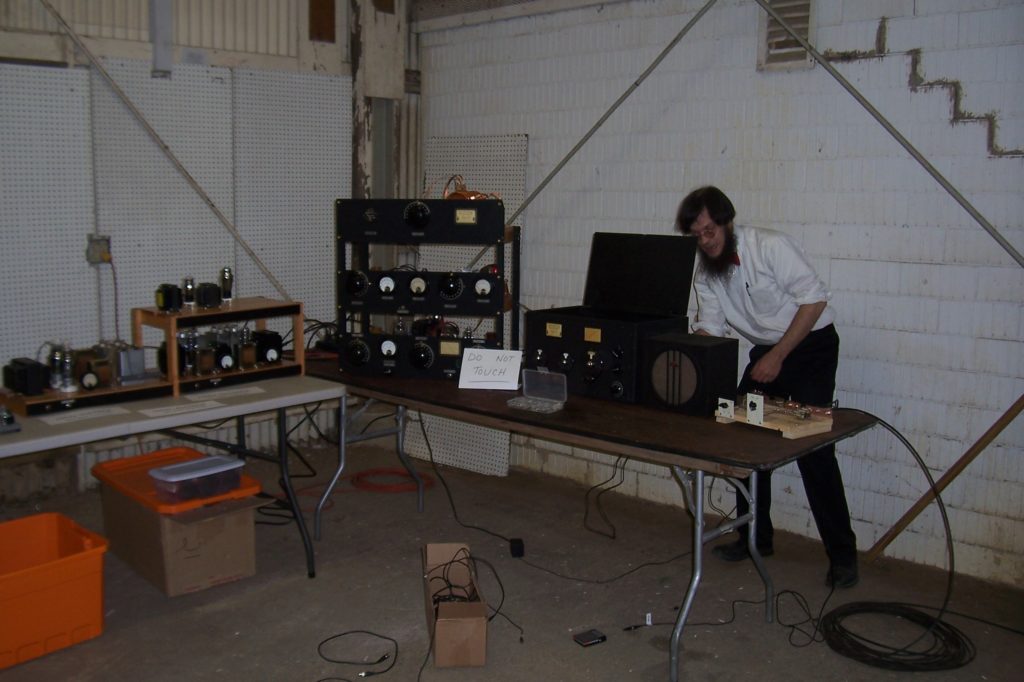 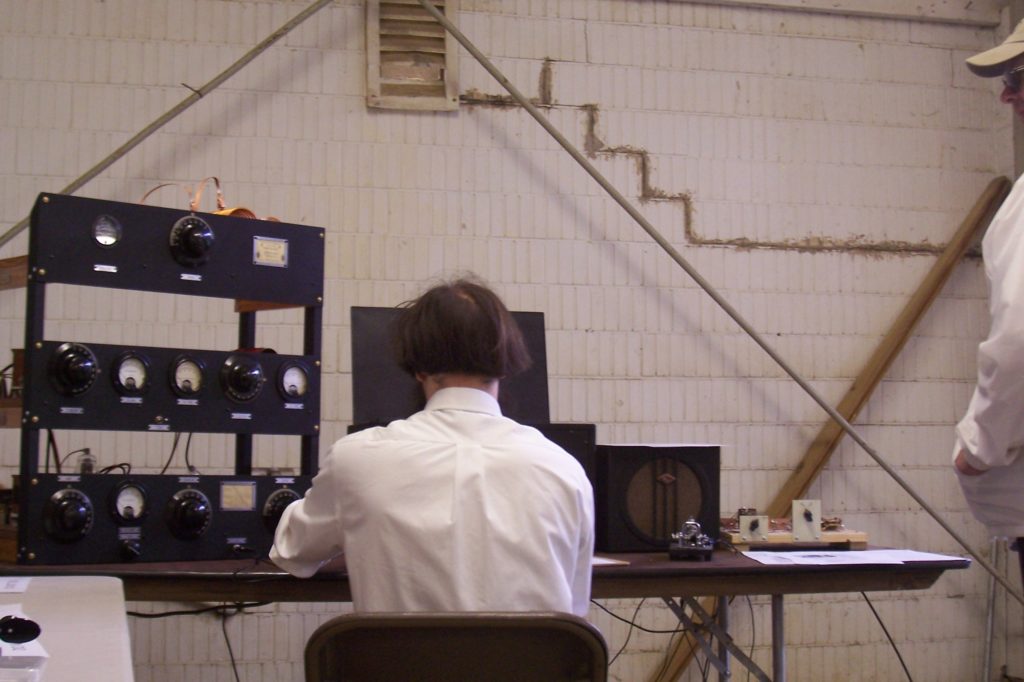 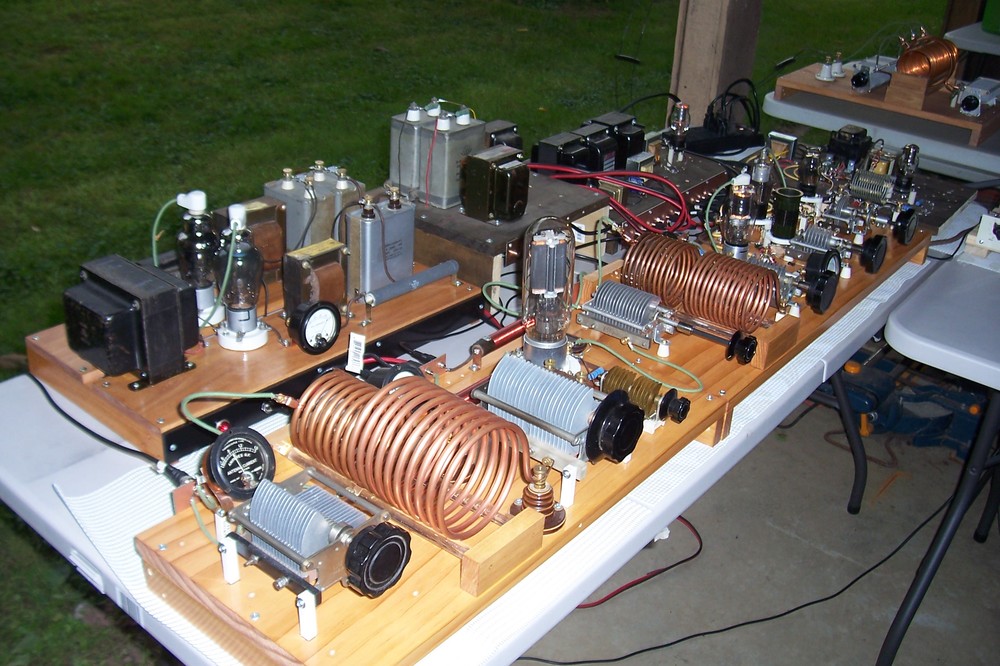 This year I decided to relax a bit and fire up some of my 1930s replica homebrew gear.   My plans to build a new exciter were sidelined, so I used whatever was available, including part of what used to be the 2016 Field Day transmitter for 40M and my 160M 203A transmitter for 80M and 160M.

For a receiver, I used my recently finished 1934 “De Luxe” Superhet, built according to an article in May 1934 QST.