We had a lot of fun putting up another 1930s style station this year for Field Day 2017.  The station was 100% homebrew, with the transmitter and receiver being based on articles in the August and May editions of QST respectively.   The link coupled tuner was based on the 1936 ARRL Handbook.  The power supplies were based on standard designs from that era as well, using 866s in the amplifier supply and 83s in the buffer and oscillator supplies.  The bias supply used a type 80 rectifier and a 874 regulator (late 20s tube) for -90V bias.

The TR switch could be operated from a footswitch and served several functions: 1) switching the antenna between the receiver and transmitter, 2) opened the keying line in receive, 3) grounded the receiver input on transmit, 4) lifted the grounded end of the receiver’s RF/IF gain pot and put a 15K pot inline to allow adjusting the “sidetone” level.

My sincere thanks to Mike (WA3TTS), Steve (WA3JJT), and Mark H.  for coming out to the farm, pounding some brass,  and being great company.  Mike and Mark worked hard to get the generator going after being in storage for several years so we could claim “A” category. 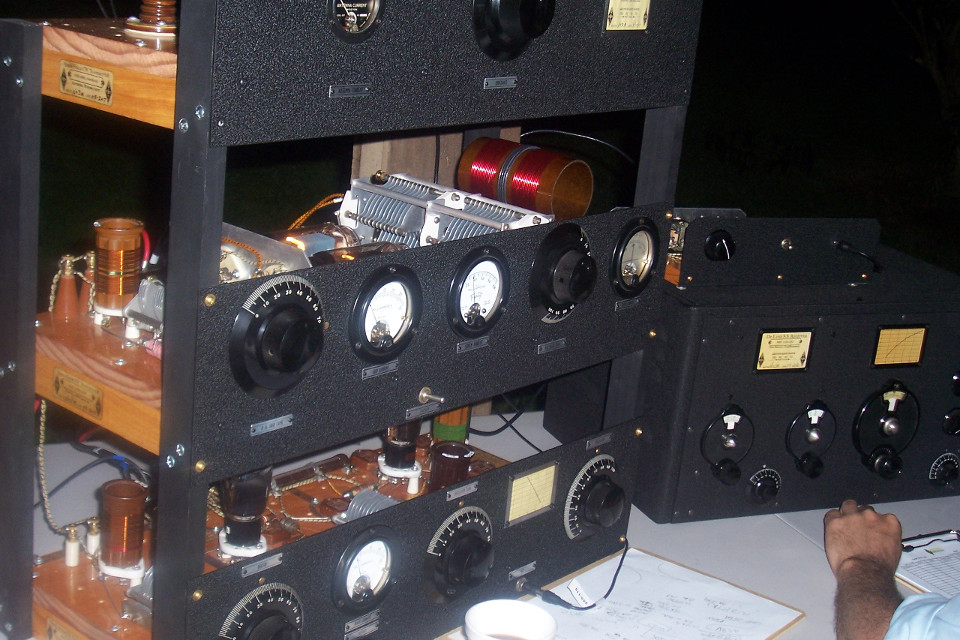 Some photos from Steve, WA3JJT: 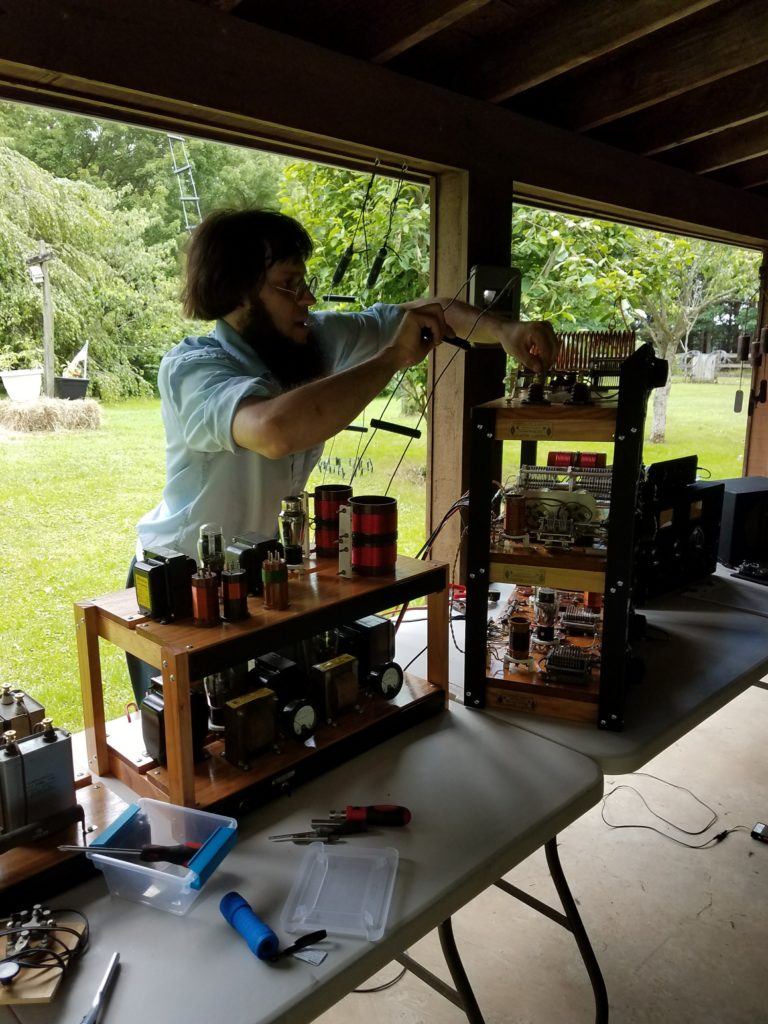 NO3M hooking up the open wire feeders to the 80M doublet 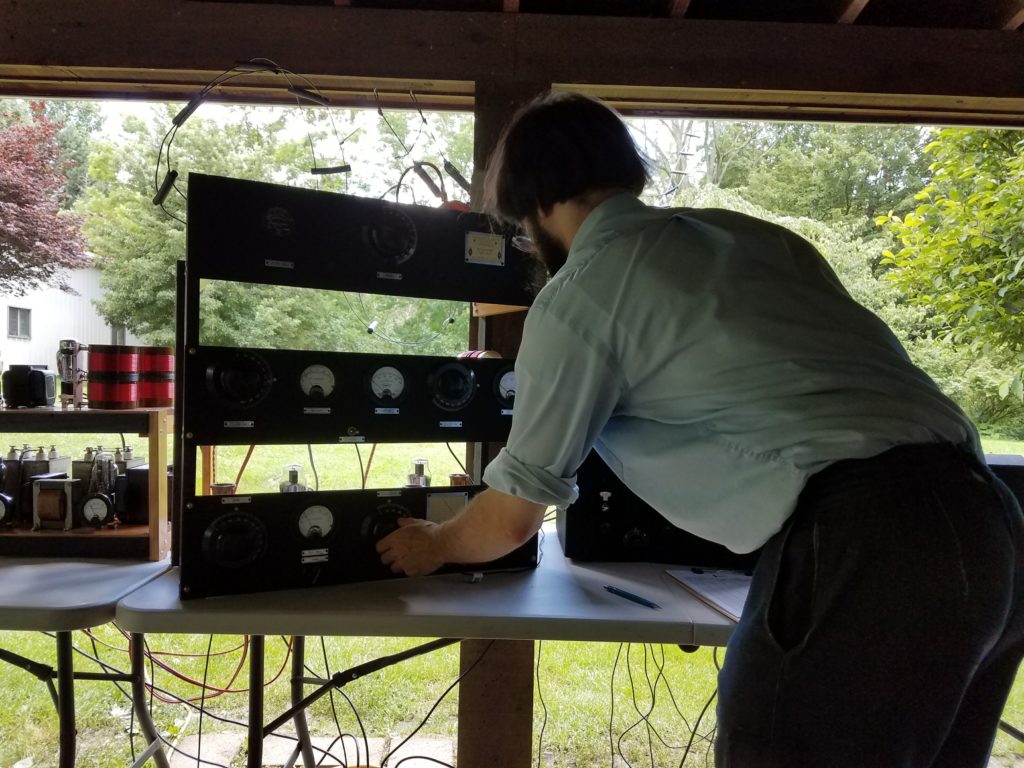 NO3M Tuning up the transmitter for 40M 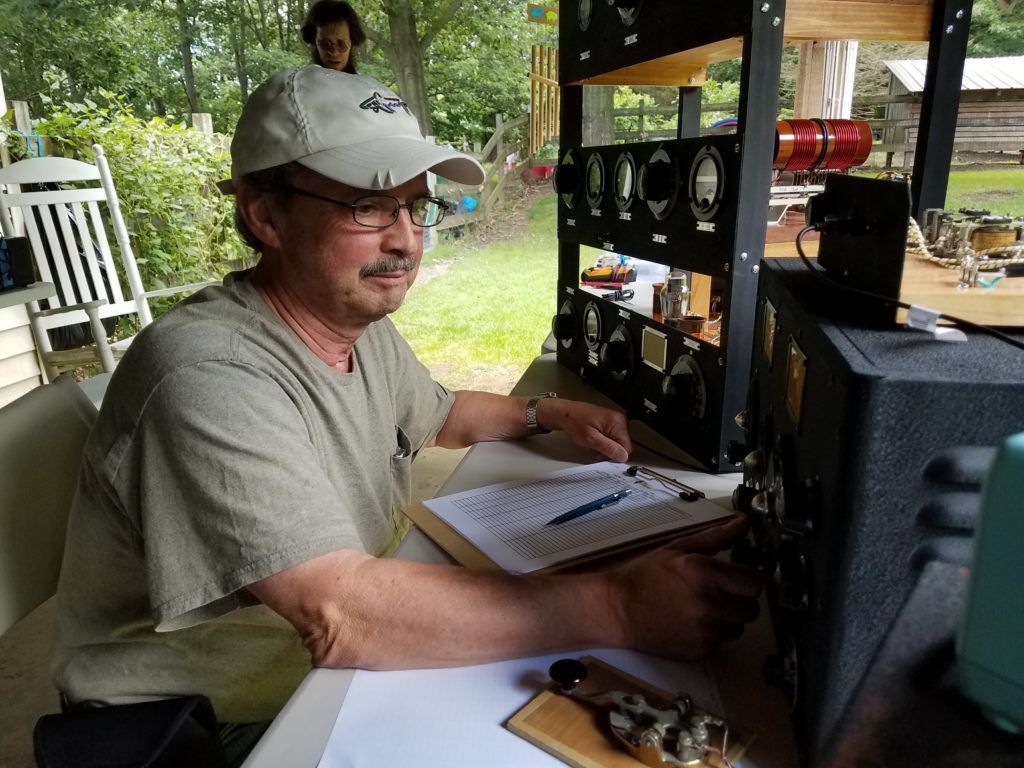 WA3JJT at the key operating on 40M